Kitchen Renovations: Don't Try to Do It All Yourself

Kitchen Renovations: Don't Try to Do It All Yourself 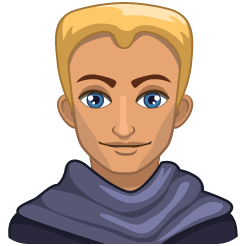 I was tired of my old kitchen, and it was just out-of-date and needed a makeover. I have always bragged about my DIY skills, and I have a few family members who are very handy around the house as well. We decided to attempt to renovate my kitchen together without outside help. While everyone had good intentions, we ran into many problems. We were missing some important tools we thought we could do without, and we learned the hard way that they truly were essential. We also had helpers that ended up having less time to help than they thought they would. We ended up needing outside help to finish the job, and I wish we had just had help from the beginning. I created this blog to remind others to not get in over their heads when planning home projects. Sometimes you truly do need professionals to help.

When the gutters for your home are in poor conditi …

One common pest most homeowners have to contend wi …

Farmhouse-style decor refers to a style of decorat …

Read More
What Can You Do With A Lighting Control System?
19 August 2022

If you do a lot of traveling, it can be fun to sho …

With the phasing out of inefficient incandescent light bulbs, consumers now have a choice between LED lighting and CFL lighting. Each type of lighting has its benefits.

LED bulbs use between 6 and 8 watts of electricity, while CFLs use 13 to 15 watts for the equivalent of a 60 watt incandescent light bulb. This means that to operate about 30 of these bulbs for a year costs an average of about $32.85 per year for LED lighting and about $76.65 per year for CFLs. Either of these is still much better than the $328.59 it costs to operate the same number of incandescent light bulbs per year.

Even estimating a higher cost per bulb of $8 for LED bulbs, they wind up cheaper over time. After 23 years, the estimated cost of operating an LED bulb is about $38, compared to an estimated cost of about $48 per CFL bulb. This is if the LED bulbs last for 25,000 hours, which is near the lower end of the expected range, the overall costs would be even less if it lasts longer.

LED lighting has other advantages over CFL lighting as well, including being more environmentally-friendly. This is because CFL bulbs contain mercury, which can be released if they're broken. CFL bulbs shouldn't be disposed of in the regular trash because of this. LED lights also don't heat up like CFL bulbs, they emit a soft light similar to that of incandescent bulbs and they light up right away without the short wait that sometimes occurs when you turn on CFL bulbs. The main potential disadvantage of LED lighting is that the light is directional, which is good for task lighting but may not be as great for lighting up an entire room. For this reason, some people may choose to use a mix of CFL and LED lighting around their home. Trying out each type of bulb can be another good way to determine whether you prefer one type of lighting over the other, as some people have a strong preference.

For more information, contact Outdoor Accents or a similar company.